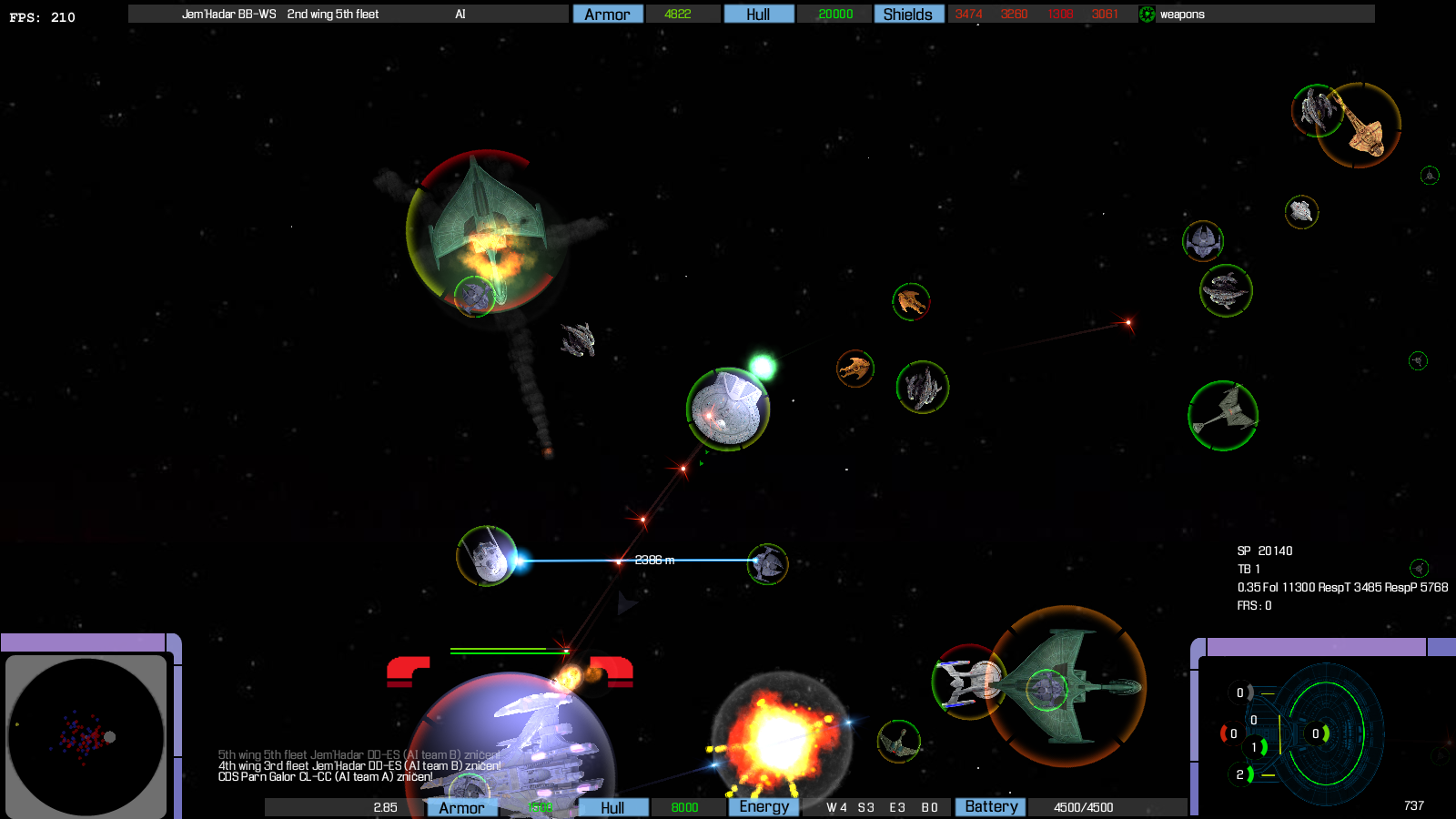 And some new scenarios.

v0.70
This time I added a feature which I considered for a long time – manual targeting by mouse. You can fire by left and right buttons. But most importantly this helps when firing tricobalt torpedoes (currently only on Akira – switch by pressing E) Because you can then fire on precise location, where you want the torpedo to detonate. In addition to that, you can also activate mouse steering by F4.
There is also some improvement on AI – it should evade dangerous nebulae and in some situation retreat.

v0.69
I added a “screenshots of the day” feature

Addes few ships. Some changes for scenarios – targets of goals are now defined by ship names and not numbers.
I also updated the launcher, but the changes are irrelevant for common player.

v0.68
New functionality for scenarios : modifying objects. Referencing by name you can modify ships coordinates, status, target, disable AI etc. I also added two effect for adding ships : decloak and warp. So added ships do not appear “in thin air”. You can check the decloak effect in the scenario “The defector” (based on the TNG episode). I added also a betaversion of “Way of the warrior” DS9 scenario, so you might check that out.
There is another important change – ships now start with primary weapons fully charged and secondary weapons half charged. It looks more realistic in many situations (the Defector scenario being one of them). It also shifts the balance a bit towards ships with more powerful torpedoes (because now they get them half charged on the beginning – saving some 20 seconds). If you remember – in FW2 all ships started with all weapons fully charged.
Another new feature is kamikaze – based on faction settings (status of team, status of ship and overall probability) ships can decide to go on collision course and ram the target, doing considerable damage. As seen in many situations – especially by Jem’Hadar.
And one more thing – I created separate user config file, so from this version forward, your saved config (resolution etc.) should not be overwritten when new patch arrives.
Check patchnotes for the rest and more details.

And here is a video from battle of Cardassia Prime