Today just a data patch (so no changes in code). I added some ships, some variants of ships, some new textures – see patchnotes.
BTW As a lot of players might not be aware – some ships have variants. If you hold CTRL when clicking on a ship in lobby, you will enter a submenu and you can choose among variants of the ship class.
But most importantly new scenario – one of the most hectic battles in Federation history, which was never shown on screen 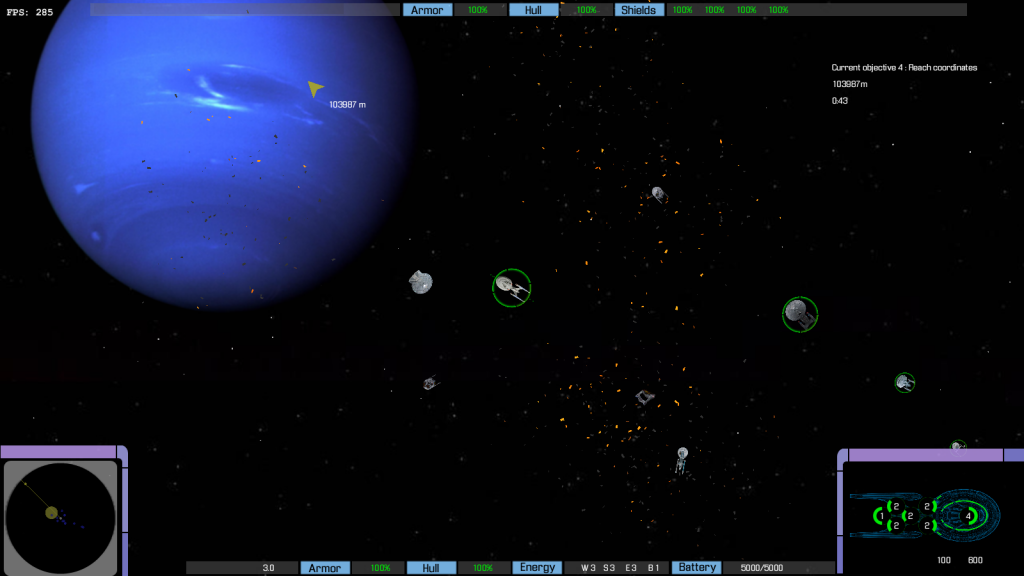